Brilliant Flash Fiction would like to thank Judge KJ Hannah Goldberg for suggesting our contest theme (the dubash), and for volunteering her time to choose the prizewinners. Thanks also to the 110 writers who entered this contest and shared their creativity with us. 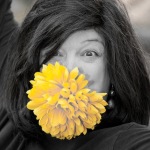 Judge’s comments: I’m a sucker for a playful tale. Our literary venues are brimming with doom and gloom, with proscribing darkness as the new “sexy” in short fiction. Thankfully, this writer’s piece was perky. The bit of groaning that results from this work’s bad puns and other low brow humor, too, helps readers get through their days.

AXE THE QUESTION
By Stephen Lodge

This is a thankless job, thought Aaron Schultz, as he made his way to the Presidential Palace atop the Boulevard Of Heroes in Ringstad, the capital of the Republic Of Belzon. If only I could get out of this country. But Belzonians are not allowed passports unless granted by the President and he never travels outside Belzon for fear of a coup attempt if he left the country. So, for the foreseeable future, I am tap-dancing for idiots, translating stuff from one side of the desk to the other that no one wants to hear, which I mostly make up anyway to appease their easily bruised egos and maybe prevent a war or two. END_OF_DOCUMENT_TOKEN_TO_BE_REPLACED 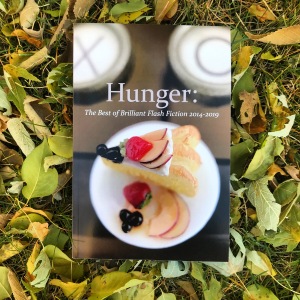 Brilliant Flash Fiction is a 501(c)(3) charitable organization. This year we published our first anthology featuring the best of Brilliant Flash
Fiction. Make a donation of $10 or more, and we’ll send you a copy of our new book as a thank you! BFF receives no money from ads or subscriptions—and so we are reaching out to writers, readers, and lovers of flash fiction to lend us their financial support.