Pants and shirt pressed, tie tucked between the third and fourth buttons, he pedaled into the March wind. Once around the town Square, he dodged traffic and cut down a side street that would dump him onto the main quad in plenty of time to turn in the work he’d spent the weekend compiling before his 2 PM Calculus I lecture. His advisor had warned him not to go down the rabbit hole of Rajnipal’s Third Theorem, but after two years of proofs and equations, he was about to come out the other end. He’d be famous—reasonably so. Not cover of Time famous, but well-known enough to snag one of the ever-dwindling number of tenure track jobs on offer at flagship institutions.

Just as he squeezed the handbrake in preparation for the turn onto University Avenue, a car door swung open before him, followed by the chatter of a cell-phone-holding coed. “Can you believe she wants me to pay for the dress myself? I mean—oh my God, something hit me!” END_OF_DOCUMENT_TOKEN_TO_BE_REPLACED 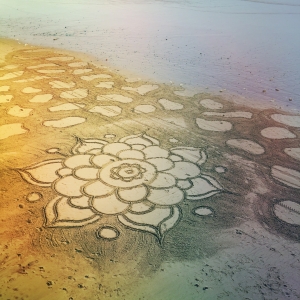 Raphael and His Daughter
By Thomas Sanfilip

I saw her walking toward the Ponte Vecchio again late in the afternoon. Not even her eyes could tell where, so warm and lustrous, but always cast down as if the earth speaking, and her father watching, always watching, though not directly, as if a master guiding a horse from behind that, with the tap of a switch or the flick of an eyebrow or some low whistle in his throat, could make her turn or pirouette. She only had to hear the wind to move closer or more distant from everything around. He could direct her ever so subtly in a new direction like some magician probing a dark secret.

This passionless movement of the earth below her feet and the father’s power to move it and to watch his daughter move with it over the Arno, back and forth, was like some frothy wave of light. Her long brown hair twisted over her shoulder made me wonder. She looked like some melancholic angel fallen to earth, though no words passed between us, only this languid, distant walk, a product of her father’s training, his mind, his thoughts. Here he was with daughter pausing to his reckoning, her face consuming my heart like some wild inextinguishable flame night and day on the streets of Florence. END_OF_DOCUMENT_TOKEN_TO_BE_REPLACED

You
By Madhumita Roy

My monologue is directed at You.

Because You sit on the other side of the desk with a smirk on your face, which makes You resemble my cat, Ludo, when she smiles. New research claims that animals can smile and, therefore, I believe both You and Ludo are capable of smiling.

On rare occasions your smirk evolves into a wide grin.

These occasions are as follows: when rain-forests burn; or tsunamis wreak havoc in Asian countries; or when two hundred girls are abducted and threatened with rape.

Your face is extremely annoying.

Although there is a halo around your enormously big head, I think it is an illusion you have masterfully created to cut an impressive figure for a credulous crowd. You are not God, Godhead, Godfather, Godly, God-like, or any goddess. END_OF_DOCUMENT_TOKEN_TO_BE_REPLACED 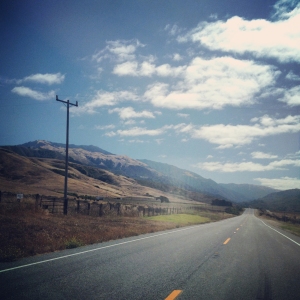 I saw a Good Samaritan beside the road and stopped the car.

He was old, thin and wasted. The space suit lay in the dust at his feet, white and shiny, a US flag on its chest.

I put the space suit in the back seat of my car and the old man got in beside it. The suit, seated like a passenger, was three inches taller than the Samaritan.

He shrugged. “I was an astronaut.”

“Does it matter? Once you’re grounded, they all forget.” END_OF_DOCUMENT_TOKEN_TO_BE_REPLACED

Brilliant Flash Fiction is a 501(c)(3) charitable organization. This year we published our first anthology featuring the best of Brilliant Flash
Fiction. Make a donation of $10 or more, and we’ll send you a copy of our new book as a thank you! BFF receives no money from ads or subscriptions—and so we are reaching out to writers, readers, and lovers of flash fiction to lend us their financial support.